YouTube Video of Monday, 4/10: White Innocence: Colonialism and Race in The Netherlands and the United States

The Tompkins County Workersâ€™ Center and

Colonialism and Race in The Netherlands and the United States

Check out the video, thanks to “Over the Shoulder” (Jurden Alexander and Wies Van Leuken):

With a response from Paul Sawyer, Cornell University

Followed by informal conversation with pizza and soft drinks at 6.30 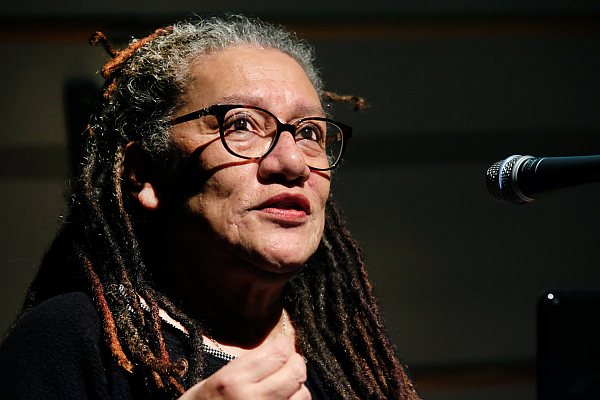 In this talk, Gloria Wekker will introduce the topic of her latest book White Innocence, which explores a central paradox of Dutch culture: the passionate denial of racial discrimination and colonial violence coexisting alongside aggressive racism and xenophobia. Accessing a cultural archive built over 400 years of Dutch colonial rule, Wekker fundamentally challenges Dutch racial exceptionalism by undermining the dominant narrative of the Netherlands as a “gentle” and “ethical” nation. Wekker analyzes the Dutch media’s portrayal of black women and men, the failure to grasp race in the Dutch academy, contemporary conservative politics (including gay politicians espousing anti-immigrant rhetoric), and the controversy surrounding the folkloric character Black Pete, showing how the denial of racism and the expression of innocence safeguards white privilege.

The conversation will help us to better understand the parallels and potential solutions between how racism plays out in Europe as well as in the United States, and specifically Upstate New York.

Gloria Wekker is Professor Emeritus of Gender Studies at Utrecht University and the author of several books, including The Politics of Passion: Women’s Sexual Culture in the Afro-Surinamese Diaspora.

This event is free and open to the public.