(Ithaca) The Cayuga Medical Center (CMC) has engaged in numerous illegal attempts to thwart its employees from coming together as workers and engaging in efforts to democratically represent their interests.

This conclusion was just confirmed by a Federal Administrative Law Judge whose 83-page decision, following hearings held in May in Ithaca, who ruled against CMC on several charges brought against the hospital by the National Labor Relations Board. 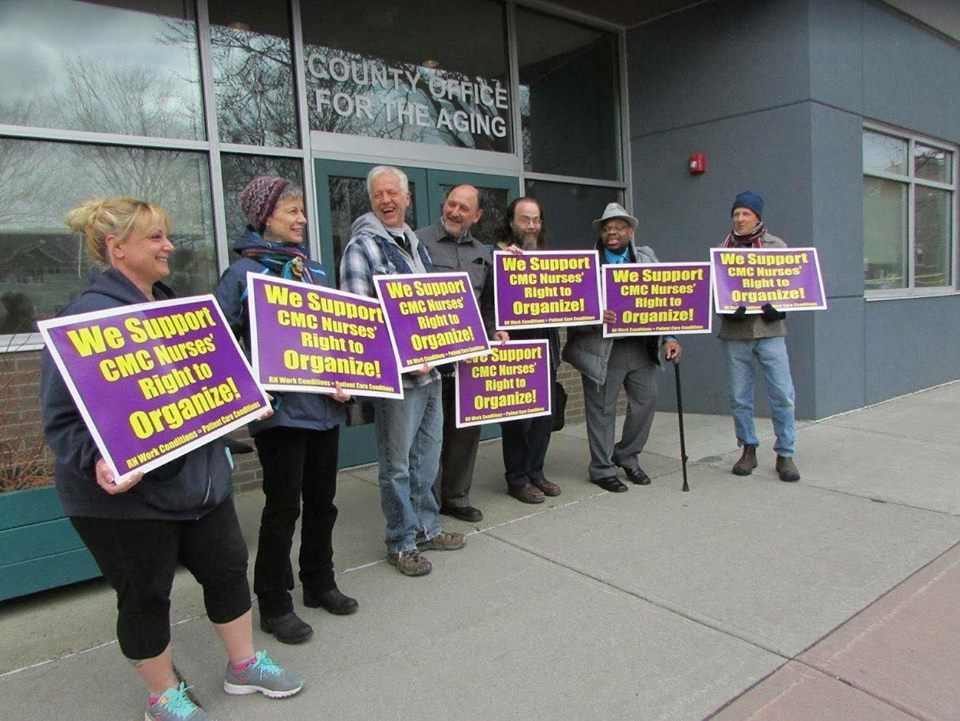 Adds Marshall: “I would request that the Hospital administration agree to set of Free and Fair Election Practices with the nurses, and refrain from incurring anymore expense in fighting the nurses with regards to their federally protected rights.”

The Tompkins County Workers’ Center calls on Cayuga Medical Center to enter immediately into a formal agreement with organizing nurses to uphold the following Free and Fair Election Practices:

The Nurses are continuing their union organizing efforts.

For some more articles developments related to the CMC union campaign, see truthsayers.org

« Rally to Support Contingent Faculty at Ithaca College – October 19th at 6 » Thursday, 7 pm @ Cornell: Pray for the Dead: A Musical Tale of Morgues, Moguls and Mutiny