Thursday, 7 pm @ Cornell: Pray for the Dead: A Musical Tale of Morgues, Moguls and Mutiny

This Thursday (November 17) at 7pm in Ives Hall 105 at Cornell University, students will be putting on a presentation of the play Pray for the Dead A Musical Tale of Morgues, Moguls and Mutiny. The play is a musical comedy about political and corporate corruption told through a story of a morgue workersâ€™ union contract campaign that leads to an unlikely uprising. (The Play precedes the Labor Roundtable on Friday that takes place within Cornell’s Industrial and Labor Relations school every fall).

Pray for the Dead is a new play for and about workers and union, written for folks who mostly donâ€™t go to mainstream theater productions. It tackles the issues that were raised in our unprecedented 2016 presidential campaign about inequality and corporate and political corruption. The play was written by Gene Bruskin who spent 40 years building the US Labor Movement. 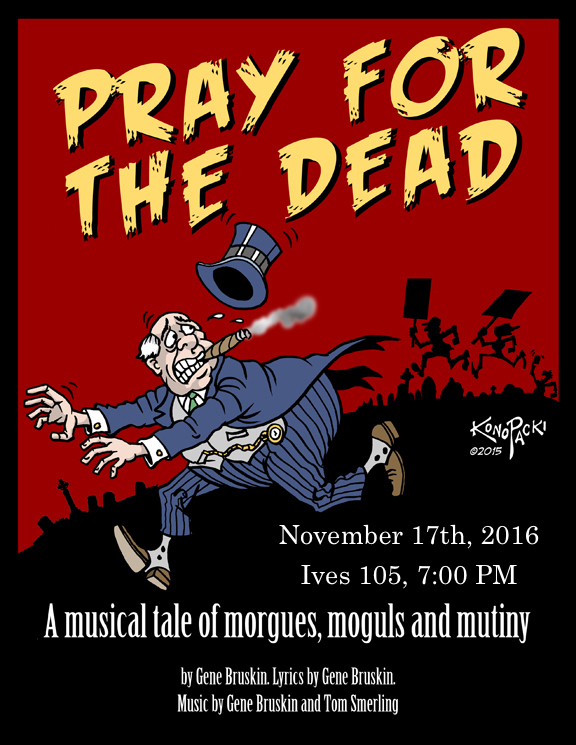